We pay into the tax system when we are working and when times are tough we have a small part of that tax held for when we need it, social security.

From the Socialist Party (UK)

Paula Mitchell, Socialist Party London regional secretary said: “This is yet another demonstration of the Tories obsessional hatred of working class and poor people. Instead of getting people into work by creating jobs they are forcing some of the poorest people in society into destitution. Up to 40,000 households will now face the prospect of not being able to pay the rent or buy food.

The government claims that this is in the name of “changing a culture” and putting an end to “days of blank cheques”. It’s a shame that they have never applied these principle to the bankers who caused the economic crisis in the first place who have had plenty of blank cheques written for them in the form of huge bail outs.

Unfortunately the Labour Party is too busy attacking trade unionists to put up any real opposition. They accept the same logic as the Tories of kowtowing to big business.

This is why Bob Crow made the call for a new party at the weekend. In the elections next year, hundreds of trade unionists, socialists and ordinary working people, fed up with Labour’s inability to stand up for us, will be standing candidates in the elections under the banner of the Trade Unionist and Socialist Coalition (TUSC).

In order to end worklessness and poverty a government would have to unroll a programme of public works in order to create real jobs. The money is there – if big companies aren’t prepared to invest, they should be nationalised under democratic control.

We call for the trade union movement to work alongside unemployed activists and anti-cuts campaigners to build a mass movement against austerity. A 24 hour general strike should be the next step in the campaign against the ConDemolition of our rights and living standards.”

Conservative Lord Tebbit has stated that tories who are fed up with the coalition will turn to UKIP as they are the “closest to a traditional Conservative agenda”. 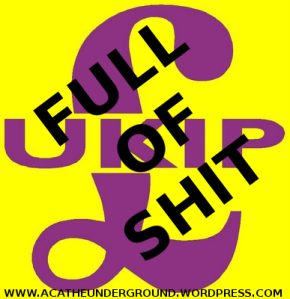 This comes as news that Tory MP Priti Patel’s father (Sushil Patel) would be standing for UKIP in Thursday’s UK local elections much to the media hungry joy of UKIP leader Nigel Farage and the disappointment of the tories.

Of course UKIP have taken this as a real media winner to say ‘Hey look! we’re not completely racist!’
Sure, they love the foreigners who will vote for them and vilify those who don’t as spongers of tax payers money and stealers of ‘British’ jobs (that’s white British of course!)

UKIP, like their Conservative friends work for the rich, the banks, big business. Think the tory led coalition is bad? It’ll seem like a picnic if UKIP ever got in power!

Conservative (Tory) councillor John Cherry has resigned from the party after making ‘unacceptable’ remarks about ethnic minorities in London schools.

He went on to say that if the Children were not allowed to leave the school premises then it would create a “sexual volcano”.

The Guardian says on the report:

‘Many black and Asian people still associate the Tories with tough immigration policies and racist views.’

The Conservatives, as is the case with all right-wing parties and groups are inherently racist. It’s part of a nationalist agenda of ‘our country/people are better than yours’. You don’t look/speak/etc like us so piss off!

Say no to the right-wing! NO TO THE CONSERVATIVES AND NO TO UKIP!

UK right; money for troops not the poor

The ruling Conservative party’s Philip Hammond (the Defence Secretary) has called for a cut in the welfare budget in order to maintain the number of troops.

He also said that a fair percentage of the cabinet want to reassess the welfare budget. No surprise, the tories want to cut the welfare state, cut money to help the disabled, the vulnerable and the sick. Got no money to look after yourself? Fuck off then!
The conservatives; the caring and compassionate party…

How about a different approach?

How about we stop attacking other countries, dramatically reduce the military budget, join the EU army to ensure that real and genuine security is not compromised and use the leftover funds to increase the standard of living for the British public. 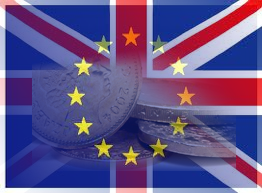 Once again the UK is out of step with the EU’s progressive stances, this time with bankers bonuses.

The European Union has provisionally agreed to cap bankers bonuses as part of a new financial rules package.

The agreement means that bonuses will be capped at a year’s salary, and provided shareholders agree that can rise to two year’s pay.

This of course has majorly pissed off the UK’s ruling conservative party who have well-known links to banks and the finance sector (over a quarter of Conservative MP’s have had jobs in banking and/or finance).

The provisionally agreed cap is yet to be finalised and the UK will fight the agreement and continue to support bankers multi-million bonuses when European finance ministers meet next week.

David Cameron and the Conservatives will eternally squeeze incomes for the majority, the everyday workers and fight for the wealthy so they can get wealthier at our expense and when things go wrong, we the majority will pay for it.

Don’t give the Conservatives the option, vote them out!

The European Union budget is set to fall by 3% to £768bn yet the UK’s contribution is still set to increase.

UK tax payers contribution will still go up from anywhere between 1.3% to 6.3%, British Prime Minister David Cameron of the Conservative Party (Tory) said he was “proud” of the deal which was “good for the UK”.

The budget package still needs to be accepted by the European Parliament before it can come into force.

Competitiveness & research has has the biggest budget increase from €91.4bn to €125.6 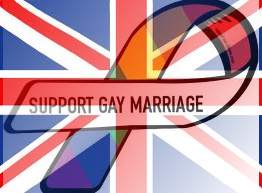 The Roman Catholic church also voiced strong opposition to to the bill.

This clearly shows that the conservative party and religion are out of tune with the people of Britain who overwhelmingly support same-sex marriage.

Yes to equality, no to the Conservatives and no to religion!

In the UK gay and lesbian couples cannot get married. Since 2005 they have been able to enter into a ‘civil partnership’ which includes all the same rights as marriage but with a separate name (showing distinction between the two).

As a matter of official party policy most of the main parties in the UK support gay marriage (Lib Dems, Conservative (Tory), Labour and Green support while UKIP doesn’t).

Despite the official line there are many MP’s in government from the Conservative party (Tory party) who oppose same-sex marriage and as they are the main party in power there could be a revolt over the issue.

The real issue is why does the government (any government) insist on interfering with peoples lives? Why can’t we do what we want to do? If two men or two women want to spend their lives together why is that any concern for the state?

Exactly the same can be said for abortion. If someone has an abortion, it doesn’t effect me, it’s the woman’s choice not the governments!

This kind of petty behaviour where governments dictate to us what we can and can’t do is ridiculous and it’s time it stopped!

Events rely upon each other. Two ideas that oppose each other, sometimes so much as to be the complete enemy of the other.
Throughout history, events of this nature reoccur, so much as to have integrated themselves into our daily life. Take our two leading parties in the UK: Conservatives and Labour. Conservatives and Labour, are widely thought to be the only two parties worth voting for. What if the labour party dissolved? People decide to vote for the party they think represents their views, not wanting another 5 years of cuts and MP pay rises.
So we get, say the Green Party in power, they do a good job, get voted in again, and nobody wants the conservatives back in, because they realise they need no longer vote for the Tories as an alternative party, they vote for who they think is best, not for the lesser evil.
Now the conservatives, previously having labour as their rivals and opposition, wanting no more than their capitulation, are feeling nostalgic. They knew before that if they were voted out, it would be 10 years maximum before the British people got tired of labour, and turned to the only party worth voting for other than labour. Thus, the conservative party relies on labour, as much as it disagrees with it, it needs it to gain power, as seen in 2010, when the British public appeared to forget about thatcher and the 80s, due to their disdain of Brown. Now, Miliband, who would never see power in his lifetime has a 40% approval rate, compared to Cameron’s 28%, because who else would take over from Cameron, if not Labour’s Miliband?
Same with Trotsky and Stalin. Each would have not got to their positions of power without each other. If Stalin had not got funds for the Bolshevik party, they would have collapsed because of the lack of funds. Also Stalin’s defence of Tsaritsyn, an important town, during the civil war, was a massive victory.

But without Trotsky’s organisational skills, the red army would have not been created, or if it had been created, not organised as well. Thus, the whites win the civil war against the Bolsheviks, leading to the Bolshevik party members fleeing or being executed.

Without Marxism-Leninism, what some call Stalinism, there would be no Trotskyism, no revolution betrayed, and some of Trotsky’s best books never wrote.

Lenin entered Russia via the ‘sealed train’, provided by imperial Germany, who were massively opposed to socialism; Germany was a highly nationalistic and militaristic county.
So without imperial Germany, there would be no soviet union, which Germany later despised, Hitler being a big fan of Bolshevism, considering most leading Marxists were Jewish.
These were just a few examples, if you have any more please post them in the comments section, I would appreciate it greatly. 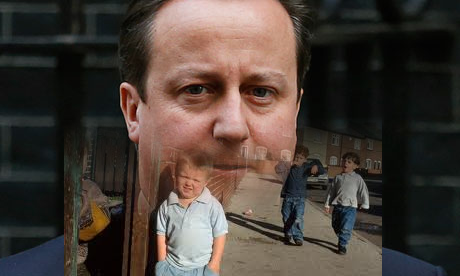 Today for the first time the UK’s right-wing Conservative (Tory) party admitted that it’s policies will cause 200,000 children to fall beneath the poverty line.

In conjunction with the government’s previous cuts and attacks on the poor this will mean that in total an extra million UK children will be in poverty thanks the the coalition’s welfare cuts.

In typical right-wing policy the rich are ensuring they remain wealthy while taking away the very little that the poor have, keeping them downtrodden without any prospects.