France back in recession

France is back in a recession, the second time in 4 years as Socialist Party leader and President Francois Hollande comes under further criticism.

The capitalists would have you believe that a successful country is not one with the best/highest standards of living but one with the highest GDP. It is under such a guise that Socialism is deemed a failure.

Pseudo-Socialist parties and leaders don’t help the cause by going along with capitalism under a red banner, making the left look like failures.

This is the problem in France, they have a quasi Socialist government integrated into a capitalist Europe and European Union. France implements policies that try to improve conditions for the working class and make a fairer society and as a result ‘business confidence’ takes a big knock, the economy stumbles and the electorate think the ruling party are useless and vote them out only to return the previous lot of incompetent politicians.
So the never-ending cycle continues.

So what’s the answer?

Well that depends if you want the short-term or the long-term answer.

In the short term, stick with Hollande and the Socialists and screw ‘business confidence’. Maybe if we ignore the markets, they’ll go away!

In the long term capitalism must come to an end for real positive change to take place and it can’t be restricted to one country, stick with the European Union and together a socialist Europe will lead to real, genuine prosperity.

Save the Children has released its annual report on mothers and children. The report looks at the likelihood of death in pregnancy or labour as well as the difficulties women face when they become mothers, comparing country to country.

The US sits at a predictably low 30th with the report stating:

“A woman in the U.S. is more than 10 times as likely as a woman in Estonia, Greece or Singapore to eventually die from a pregnancy related cause.”

“In the United States, the under-5 mortality rate is 7.5 per 1,000 live births. This is roughly on par with rates in Bosnia and Herzegovina, Qatar and Slovakia. At this rate, children in the U.S. are three times as likely as children in Iceland to die before their 5th birthday.”

The top 9 best countries are of course all European states with Australia rounding off the top 10:

Turkey and Romania are the let downs of Europe coming in at 60th & 61st respectively.

Other notable countries are: 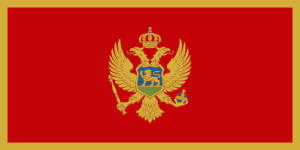 The Democratic Party of Socialists (of Montenegro) (DPS) is a centre-left pro-Europe party which currently holds both positions of President and Prime Minister.

Filip Vujanovic has just won a 3rd term as president which will take him up to 2018.

Montenegro started negotiations with the EU in June last year about joining with the DPS being part of the Party of European Socialists (PES).

What’s amazing is that through all the media nonsense of the impending collapse of the European Union, the collapse of the Euro, member states exiting the Eurozone etc none of it has happened and countries are still queueing up to join with the next member being Croatia who will join in July with other countries, such as Iceland, Albania, Macedonia, Serbia and Turkey having all applied to join.

The media, especially in the UK should get a grip on reality and stop pushing their bullshit agenda.

Short staffed UK hospitals are being forced to resort to using employment agencies to shore up the numbers.

It has been reported that agency doctors are being paid up to £15,000 per week.

Hospitals spent more than £2 billion on locum doctors in three years – a sum which could have paid the wages of 32,000 junior doctors or 10,000 consultants over the period.

Health Minister Dr Dan Poulter, a capitalist scum-bag, has blamed the EU’s working time directive (WTD) which set a maximum 48-hour-week for doctors. What the dumb-ass forgets is that the UK has an opt-out option for the agreement and that Doctors can legally work up to 56 hours per week.
By attacking the European Working Time Directive (EWTD) he seems to think that it’s a better idea to have life-saving doctors working more than 48 hours a week than, for example, employing more Doctors and medical staff.

Do we really want tired doctors trying to carry out life-saving actions? Do we want to pay private companies billions for staff?
No! Less hours, refreshed staff, employed directly by the NHS.

Earlier this week the UK’s Conservative party criticised the EU’s banking bonus cap, promising to fight the measure before it comes into play.

They went on to say that this was nothing more than a “boost for Zurich and Singapore and New York”.

Well tory scumbags, you can cross Zurich off that list because the Swiss public have voted overwhelmingly to cap bankers bonuses and executive pay with nearly 70% voting in favour of strict regulation.

Sure, a global approach would be the best option but with die-hard capitalist countries not willing to go there the would needs someone to take the lead and be the example, that is the EU, that is Switzerland, that is Europe!

Horsemeat scandal; give ‘tainted’ food to the poor 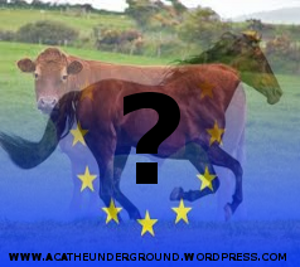 Food containing horsemeat but labelled as something else are being taken off the shelves in numerous European countries, including the UK.

And that’s exactly what it is, good food, there are no health issues over the food just that it has been mislabelled.

He went on to say that there are 800 million people in the world who were hungry.

“Even in Germany, unfortunately there are people for whom it is financially tight, even for food. I think that we can’t just throw away good food here in Germany”

When Americans talk about politics. There are cries of Obama is a Communist/Socialist because of the health care plan or Obama is a dictator, he will take our liberty/freedom with gun control etc.

Americans on Europe; Europe is Socialist, that’s why their economy is so bad etc.

I mean are these people fucking morons? Obama is at best centralist and Europe is also generally centralist also the EU has a bigger GDP than the US!

ACA The Underground
Create a free website or blog at WordPress.com.