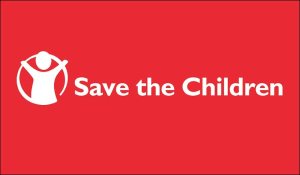 Save the Children has released its annual report on mothers and children. The report looks at the likelihood of death in pregnancy or labour as well as the difficulties women face when they become mothers, comparing country to country.

The US sits at a predictably low 30th with the report stating:

“A woman in the U.S. is more than 10 times as likely as a woman in Estonia, Greece or Singapore to eventually die from a pregnancy related cause.”

“In the United States, the under-5 mortality rate is 7.5 per 1,000 live births. This is roughly on par with rates in Bosnia and Herzegovina, Qatar and Slovakia. At this rate, children in the U.S. are three times as likely as children in Iceland to die before their 5th birthday.”

The top 9 best countries are of course all European states with Australia rounding off the top 10:

Turkey and Romania are the let downs of Europe coming in at 60th & 61st respectively.

Other notable countries are:

Capitalism and health, a recipe for disaster

There have been many examples over the years and known facts about the operations of pharmaceutical companies so for those who are aware the latest news about Glaxo will come as no surprise at all.

GlaxoSmithKline (GSK) the pharmaceutical giant is in trouble with the Office of Fair Trading (OFT) over paying rival companies to delay the release of new medicines.

Of course the OFT is focusing on its job which is to ensure fair competition which of course is one issue (and one that free market capitalism is not able to resolve, government regulations are vital to ensure, under a capitalism system that competition can thrive).

The second issue and one that too often gets ignored is that businesses like these are deliberately withholding life saving medicines in order to maximise the profitability and lifespan of their old medicines.

How is this travesty of justice not made illegal? How are business allowed to have control of something of such vital importance? If capitalism cannot work in the interests of the people then it shouldn’t be operating at all!

In the short term, bring the pharmaceutical companies under public control, in the long term, abolish capitalism.

For more on the details of this story click here.

India says no to cancer patent 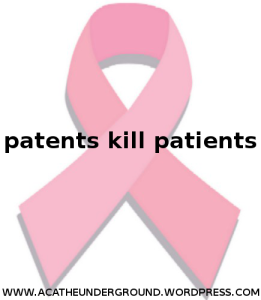 India’s Supreme Court has rejected a plea by Novartis to patent an updated version of its cancer drug, Glivec.

Patents mean that cheap (affordable) life-saving medicine cannot be legally reproduced, meaning many people around the world die from curable or treatable illnesses because they can’t afford the drugs.

These pharmaceutical companies are a direct spawn of capitalism, the painful reality, no money, you die.

Of course these companies retort with the same capitalist mantra, if you don’t allow patents, we’ll stop researching new drugs.

If you increase corporate tax, we’ll move our HQ to another country.

A pathetic attempt by big businesses to blackmail people into doing whatever they want, for their own gain, profit before people.

We cannot rely on capitalist governments and politicians to be strong against these companies, those people, the politicians and business people are all the same, in bed with each other to benefit the minority, while the majority continue to pay the price.

Good on India for saying no. Enough is enough.

UKIP’s policy on health care is typical of the selfish and heartless people they are and who support them.

Denying non Brits healthcare, allowing them to suffer purely because they don’t have the money to pay up.

On top of that they want to regress back to the days before nurses were required to have a university degree.

UKIP; looking back, ready to take the UK backwards.

Here is a quote from the late Hugo Chavez that is well worth thinking about:

“Privatisation is a neo-liberal and imperialist plan. Health can’t be privatised because it is a fundamental human right, nor can education, water, electricity and other public services. They can’t be surrendered to private capital that denies the people from their rights”

Hugo Chavez, the president of Venezuela, has been suffering from cancer for some time now and after several rounds of treatment in Cuba he remains in a Venezuelan hospital, unable to speak.

Chavez is seen as a real divisive figure with 45% voting against him at the last elections.

Internationally Hugo Chavez is generally supported by the left though not entirely, even among the international left he is divisive.

Personally I am not one for hearsay, I like to look at the stats… and the stats are not good!

Hugo Chavez has been president for 14 years (came to power in 1999) which is by no means ‘too long’ (he is the 24th longest current serving leader) but how has he and Venezuela performed?

HDI is the UN’s Human Development Index, it attempts to measure standard of living.

Life expectancy is getting better but at a slower rate to other countries.

The truth is something that always seems to be hidden in a web of media bullshit and left/right agendas.

The Guardian, for example, is reporting that the homeless in Venezuela have been given free houses and that lots of money has been spent on social programs and while I don’t deny this, it is clear from the stats that something doesn’t add up. Either the stats from the UN and other ‘trusted’ resources are false or Chavez’s regime is not all it’s made out to be.

A study on Chinese soil pollution by Chinas leading environmental watchdog will not be released by the ministry of environmental protection in its entirety.

The ministry of environmental protection said that is would not release all the data due to security reasons. Surely a cover for the horrific scale of environmental damage going on in China.

China’s official data already exposes huge environmental damage with the groundwater of two thirds of cities marked as severely polluted and two-fifths of rivers are tainted.

Last month air pollution in China’s capital Beijing reached hazardous to human health levels as confirmed both by China and the World Health Organisation (WHO).

Environmental awareness is rapidly increasing in China and hopefully the latest development will add pressure on the government to do something about it.

He has said today that he wants Japan’s elderly to “hurry up and die” and that they are costing the government too much money in medical costs.

Japan has seen it’s GDP place fall from 2nd in the world to 3rd recently after 20 years of a stagnant economy leading to great political pressure to turn things around.

As Taro Aso is right-wing he wants to cut any government funding to help its ageing population, he even went as far as to say that elderly people should feel guilty for taking government money for health reasons.

The right-wing are the same in every country, the privileged class, wealthy, selfish and generally inhumane people.

A new US health report by the US National Research Council and the Institute of Medicine comparing the US to 16 other developed countries has once again highlighted the dreadful state of US healthcare.

The report which compares mortality rates between the 17 countries places one of the richest countries in the world, the US, squarely last.

Things are in bad shape (no pun intended) in the US and there is seems to be very little appetite to change things.

In 2007 the UN reported on life expectancy for those born between 2005-2010 which placed the US 38th in the world, even lower than Cuba, Chile and the United Arab Emirates.

America, lots of money, just in the hands of the very few wealthy while the vast majority suffer, long live capitalism!