France back in recession 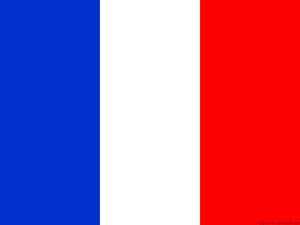 France is back in a recession, the second time in 4 years as Socialist Party leader and President Francois Hollande comes under further criticism.

The capitalists would have you believe that a successful country is not one with the best/highest standards of living but one with the highest GDP. It is under such a guise that Socialism is deemed a failure.

Pseudo-Socialist parties and leaders don’t help the cause by going along with capitalism under a red banner, making the left look like failures.

This is the problem in France, they have a quasi Socialist government integrated into a capitalist Europe and European Union. France implements policies that try to improve conditions for the working class and make a fairer society and as a result ‘business confidence’ takes a big knock, the economy stumbles and the electorate think the ruling party are useless and vote them out only to return the previous lot of incompetent politicians.
So the never-ending cycle continues.

So what’s the answer?

Well that depends if you want the short-term or the long-term answer.

In the short term, stick with Hollande and the Socialists and screw ‘business confidence’. Maybe if we ignore the markets, they’ll go away!

In the long term capitalism must come to an end for real positive change to take place and it can’t be restricted to one country, stick with the European Union and together a socialist Europe will lead to real, genuine prosperity.

Multinational companies buy, sell and ship money all round the world to either avoid paying tax altogether or to pay the very least they can.

The problem is, this is not illegal, loop holes exist and some countries deliberately keep corporate tax as low as possible to attract businesses and jobs.

If a global, unified tax system was in place it could (if done properly) eliminate the constant ‘threat’ of businesses and jobs packing up and moving to another country.
The money raised would be a much needed boost to help combat unemployment and improve heath and education.

The G20 Finance Ministers and Central Bank Governors’ Meeting will take place in Moscow, Russia from 15th – 16th February 2013.
Amongst other things the ‘global economy outlook’ will be discussed with the UK, France and Germany expected to push for global tax rules to help clampdown on corporate tax avoidance.

A full list of the G20 Finance Ministers and Central Bank Governors’ Meeting program can be found here.

There are almost countless examples of corporate tax avoidance, here are a couple…

Starbucks has paid £8.6m in corporation tax in its 14 years of trading in the UK, and nothing in the last three years.

Facebook paid no corporate income tax in the US last year, and instead reclaimed $451m in taxes from the Internal Revenue Service (IRS), despite recording profits of over $1bn.

Amazon generated £7.5bn from sales in the UK in the last three years, did so without attracting any corporation tax on the profits from those sales. 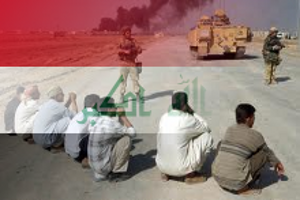 The BBC is reporting the following:

‘At least 30 people have been killed as a suicide bomber and gunmen attacked a police headquarters in the northern Iraqi city of Kirkuk, police say.’

So far in Iraq nearly 4,500 US troops have died and over 50,000 Iraqi civilians (conservative figure). Click here for details.

Yesterday Malian civilians sang the name of French president Francois Hollande as yet another city became free from Islamic oppression.

The French president will hand over to African forces once sovereignty of Mali has been restored to the Malian government.

When the French troops are gone, the aid will continue, financial aid and the restoration of cultural and historical sites damaged my the Islamic militants.

In comparison the US in Iraq which started in 2003 seems to go from wore to worse, despite the fact that combat troops officially left in 2010 there are constant bombings and attacks.

The US bombed the crap out of Iraq, went in, overthrew the government, killed thousands of civilians, contracted the rebuilding to US companies and left.

Who is Iraq sings the name of Bush or Obama?

France and the government of Mali continue to work together and liberate occupied parts of the North of Mali.

The majority of the North of Mali is still occupied illegally by Islamic militants enforcing strict Islamic rules on the people living there.

France and Mali have liberated the so called stronghold city of Gao which sits just inside the occupied Northern area,

Troops will now push on to Timbuktu with estimates of how long this war will continue currently at about 2 weeks providing once the French troops pull out and return home that Malian government troops and African Union (AU) troops can stop the Islamic militants from returning.

One thing that has been short of in the media in relation to this conflict is the current cost to civilian lives. There were some reports of abuses by Malian government forces on some of the Islamic civilians but it seems there is no civilian casualty list.

France confirms reports of deaths of militants, together with at least 11 civilians.

An Islamic group has threatened the French after their operations in Mali and Somalia against Islamic militants in those countries.

France is assisting the government of Mali against the Muslims who are threatening and terrorising civilian life. France was also involved in a failed rescue attempt of a French citizen in Somalia, the man was being held hostage by more Islamic militants.

The UK government will now assist France and Mali in combating these extremists.

Muslims are also holding French hostages in in Niger, Nigeria and Mali.

The French government has stepped up security fearing more attacks on France.

Back in March last year Mohamed Merah killed 7 people in Toulouse, France, 3 soldiers and 4 Jewish people at a school.

Why is it that Muslims behave this way so often when other religious groups rarely (if ever) do?

Is it due to Islam being 600 years younger than Christianity and thus Muslims are behaving like Christians did 600 years ago?
Or is it because Islam only exists in culturally/socially primitive countries, (no Islamic countries in Western Europe, North America or Australasia) developing and under-developed countries?

For more information about France stepping up security click here.