Just a few months ago we were delighted to share the good news with you: eleven countries in Europe pledged to introduce Robin Hood Taxes — netting a combined whopping £30 billion. It’s hard to believe, but those taxes are now under threat from our government.

These taxes were the result of European leaders listening to the millions of ordinary people demanding the banks pay their fair share. George Osborne tried to block progress at every turn but European leaders fought on and we got the right result. But after losing the moral and practical arguments George Osborne is resorting to a desperate legal challenge to try and block these countries from introducing their own taxes.

We need to act fast to stop this dastardly Sheriff of Nottingham move and ensure these countries can introduce Robin Hood Taxes. Osborne tried to sneak this one unnoticed late on a Friday afternoon. But by speaking up and standing together we can send a clear message – we know what’s happening and we won’t let them get away with it.

Can you sign the petition to stop this uncalled for legal challenge?

Make no mistake this is not about defending British interests in Europe — it’s about defending the interests of this Government’s friends in the City of London. This legal challenge should be seen for what it is: a desperate last-ditch effort to protect the obscene profitability of our bloated financial sector.

In the UK, and across Europe we all paid to bail out the banks. And millions of us are still feeling the pain. These proposed financial transaction taxes are small but significant steps in ensuring the banks begin to pay their fair share. And that £30 billion would provide vital funds that can pay for doctors and nurses, help people in the poorest countries or fight climate change.

Not only is this wrong but it’s breathtakingly hypocritical. The City of London could be hit by the tax if, for example, a British firm trades with branches of French or German banks based in London. This is the exact same mechanism as the UK’s very own stamp duty on shares which nets the UK £3 billion a year.

From the Green Party via the BBC

The Greens say recent welfare cuts in the UK will lead to a rise in people needing these emergency food supplies.

“What we want to do is to ensure that welfare benefit payments meet people’s basic needs. We’re here in the sixth richest country in the world and what we’re seeing is more demand for places like this every week.

“We’ve got the bedroom tax, council tax benefit cuts, cuts in the Disability Living Allowance. We believe we should have a minimum wage and we should have sufficient benefits and that should be paid for by making sure that rich people and multinationals pay their taxes” she said.

Despite a lot of people wondering how long the Green Party could last, it has just celebrated its 40th anniversary, shaking off its tree hugging, eco-warrior image. “We have the same basic principles – a fair society in which everyone has sufficient, within the limits of our one planet” says Ms Bennett.

These days you’re more likely to hear about the fight for a living wage than saving the rain forests. Even so, will people struggling to make ends meet automatically think of the Green Party offering them a practical alternative?

Ms Bennett does not believe the party is a luxury for easier economic times and denies they are struggling to make their voices heard.

She’s a strong advocate of wind power, which she believes will help bring down the cost of energy, despite news that bills will rise to pay for greener electricity.

Ms Bennett claims renewable power is vital for the future: “we need that renewable energy”, she says.

“We have choices, we do need to replace some of our power plants. What we’d like to promote is community owned energy where turbines are owned by people living there and profits flow down to the community.”

She also criticised incinerator plans in the county: “they’re a 20th century idea that shouldn’t continue into the 21st century. We should be concentrating on reducing waste instead of locking yourself into decades long contracts with incinerators.”

Norfolk has more Green county councillors than anywhere else in the country and they are keen to improve on that.

“We are hoping the east will elect a Green MEP at the European elections next year”, she says. “We got 15% in the last general election in Norwich, we want to build on that.”

Tough times put the Greens under pressure and the protest vote appears to moving elsewhere, so these elections will be a significant test for this party that has seen consistent growth for more than a decade in the eastern counties. 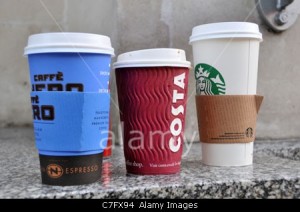 The state of things in the UK seem to be going from bad to worse. Costa Coffee (a British coffee chain) is opening up another branch which has created 8 jobs (3 full-time and 5 par-time) and so far they have received over 1700 applications.

Costa said they were shocked at the high number of applicants, it’s unclear why they are shocked, don’t they read the news? Or maybe from the bubble of the elite they are blissfully unaware of the plight of the working class… or maybe they just don’t care.

The applicants are said to include people vastly over qualified for the job such as former retail managers with years of experience and university graduates.

Sales at Costa have risen 7.1% since a boycott of US coffee chain Starbucks took place for not paying any corporation tax in the UK since 2009 and the UK’s Caffè Nero who didn’t pay any tax last year despite profits of almost £40m.

For a better tasting coffee, try an independent café. 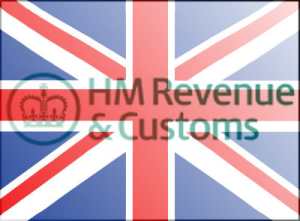 The UK tax-man (HMRC) is missing out on £5bn a year because the wealthy are paying tax expert companies to help them avoid paying the correct amount.

She said HMRC had an “appallingly bad record” at catching tax cheats, having fined just 11 people for promoting tax avoidance since 2004 – despite 10,000 people a year coming forward to report tax avoidance schemes.

In 2012 government spending on education went down by £2bn from £58.28bn to £56.27bn so £5bn could help avoid many of the cuts and economic difficulties the UK is currently experiencing.