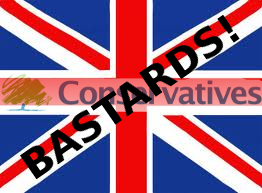 Once again the Conservative party, currently in government in the UK are attacking the vulnerable in society.

This time they say they want to repeal the Human Rights laws and the European Court for Human Rights if the get elected at the next General election.

While election for the tories is unlikely (at least out-rightly) this attitude should have alarm bells ringing in the UK electorates ears. Their callous behaviour and complete disregard for the vulnerable in society and the working class, those who are more likely to be victims of human rights abuse.

It begs the question, why would anyone want to do this? When other countries ignore human rights we think of dictatorships and brutal regimes, is that what the UK has coming under a Conservative future?

If you’re not wealthy, the coalition doesn’t care about you, so stop voting for them!

Afghanistan; more claims of US torture 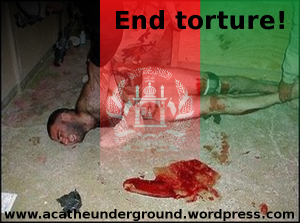 Locals have reported that 9 people have gone ‘missing’ and some are being tortured by US elite forces in the Afghan province of Maidan Wardak.

Of course the US has denied the allegations but Afghan President Hamid Karzai has said that there is sufficient evidence for the claims and has told the US to withdraw its troops from the province within two weeks.

One of the most memorable acts of US brutality and barbarism in Afghanistan came in early 2010 when innocent civilians were deliberately targeted and murdered. The squadron were arrested after photographs of them posing with the murdered civilians came into the public domain.

The US military has a long history of human rights breaches and indiscriminate murder from VietNam and Korea right up to present day Iraq, Afghanistan and Guantanamo.