The Guardian has an interesting article today about Tory donors giving large and small sums of money to UKIP for them to fight the upcoming local elections that takes place on the 2nd of May.

Stuart Wheeler, the gambling tycoon in charge of Ukip’s funds, said former Tory backers had promised big donations for next year’s European elections. Some had already made smaller donations that would contribute towards the £200,000 to be spent on advertising in local elections over the next few weeks, he said

Wheeler, who himself gave more than £5.5m to the Conservatives before being expelled from the party three years ago, said Ukip was taking the local elections seriously while aiming for a bigger push in the 2014 European elections.

“Some of [our new donors] were Conservatives but many are unwilling to go public. Any donation of more than £7,500 has to go on the electoral commission website. Quite a few give us exactly £7,500 because they don’t want [their identities] to be known,” he said.

In the latest opinion polls:

Not sure who you can vote for? Click here to see the list and click details for who is standing. For example I chose the first available on the list Cambridgeshire County Council which has the following parties standing:

Good luck to the three of them, Greens, TUSC and Cambridge Socialists. 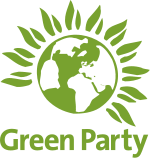 “As Britain’s first female Prime Minister and a true icon in that respect, it came as a great disappointment that Margaret Thatcher did so little for women – inside or outside Parliament – whilst also pursuing a political agenda which sought to marginalise the poor, undermine the very notion of ‘society’ and attack the fundamental principles of the welfare state.

“Whatever you think of her policies, Margaret Thatcher clearly made a massive and lasting impact on the political landscape, both here and abroad, and was incredibly effective in getting her message across.

“It’s just a tragedy that it was all in the wrong direction.

And fellow Green councillor Ben Duncan said the former Prime Minister had “not exactly changed the country for the better”.

He said: “She set in motion the whole notion of privatisation that had terrible implications for the whole nation.

The People’s Assembly – a new initiative backed by major trade unions such as Unite, Unison and PCS, the Green Party, Labour MPs and campaigning groups – will be hosting a press conference on Tuesday 26th March at Unite’s head office (map).

The People’s Assembly will be holding a 3,500-strong rally at Westminster Central Hall, 22nd June 2013, as well as meetings and rallies across the country.

This new movement will be pushing the arguments against austerity currently missing from British politics, and fighting for all those people currently being hit by Government policies: whether low-paid workers, disabled people, unemployed people, the young, women, BME people and others.

Only 7 Lib Dem MPs supported the ‘justice and security’ safeguard amendments out of 57.

Apart from the 7 Lib Dems the amendments were mostly supported by Labour and of course the Green’s Caroline Lucas.

Without these safeguards to the Justice and Security bill anyone can be tortured and abused and then tried in a secret court, without justice or liberty.

Every day/week/month/year that the coalition of Lib Dems and Conservatives remain in power civil liberties and equality in the UK get eroded away. Be it with the privatisation on the National Health Service (NHS), unregulated finance sector, welfare cuts, cost of living increases, attacks on democracy or anything else.

The Lib Dems, the Conservatives and even Labour offer nothing for the majority of the UK. The electorate needs to wake up and make the change, the power is in the hands of the people, we need to make it happen.

Aside from the arguments of electoral reform leading to real people power there are many progressive parties in the UK, here are some of them (though of course some of them could be argued as not being progressive):